There is nothing more nourishing, warm and hearty than a big bowl of comforting and home made chicken broth 😋 It is one of my all time favorites when it comes to clear soups and broths. Nutritious for your system and good for the soul.

Chicken broth is made by cooking chicken along with the usual trinity of onions, celery and carrots. Throw in some garlic, peppercorns and bay leaves as simple aromatics. And you win yourself a simple yet delicious broth.

Get creative and bring on some versatility, you win yourself a flavourful and hearty chicken soup. It has more vegetables, greens and some carbs, to literally turn it into a meal by itself. That is exactly what I attempted in my kitchen, and ended up with a delectable chicken soup with corn, fresh kale and a bit of bottle gourd, and subtle flavourings of fresh ginger and lemon grass. Yup, bottle gourd is a vegetable, supposed to be a good cure if one is under the weather, used in Indian cooking. It’s mostly combined with spices, sometimes onions and tomatoes and turned into a stir-fry vegetable in many Indian homes. It also tastes very nice when added to vegetable and lentil soups. The last ingredient, adding egg noodles, to give this soup its final touch of carbs 😊 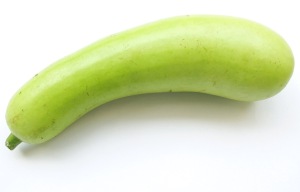 1 stalk lemongrass. Remove the edible and soft end of the stalk. Smash it a bit with a knife, to bring out the fragrance and lemony flavour.

salt and black pepper to taste

In a large pot, add the chicken, carrots, onions, celery, bottle gourd, garlic, ginger, and spices, along with 8 cups water. Bring to a boil. Take out any of the white froth which appears on the surface. Reduce heat to low, cover and simmer till chicken is cooked and tender. Let cool. 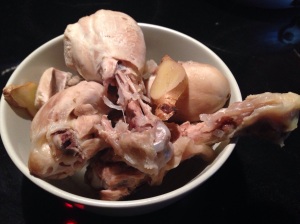 Blend the broth with a stick blender. Heat the soup, add salt and pepper to taste. Add the corn kernels. Simmer for 5 -7 minutes. 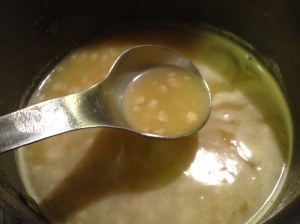 Add the fresh kale. Simmer for another couple of minutes.

Boil the egg noodles. Drain and rinse with cold water. 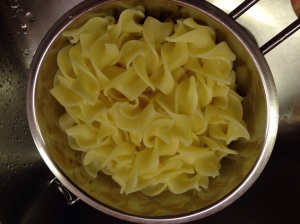 Before serving the soup, add the noodles and the shredded chicken. Garnish with the fresh chives or green onions. Serve hot.